Learn all the tips & tricks for getting seen and READ on Medium and get PAID while you do it. 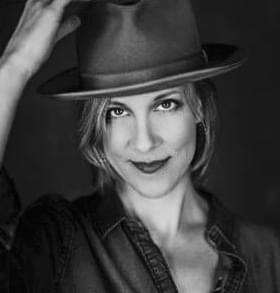 Medium is a great publishing platform...but like anything, getting started with it takes some elbow grease and know-how.

There's no better time than now to COMMIT to publishing daily, making a name for yourself, and getting a little extra cash in your pocket.

Here's the deal...
In January 2018, I found myself sitting in an old church in Atlanta, GA, with 30 other entrepreneurs that had been converted into an event space and AIrbnb.
I was there as the "Connection Concierge" for a brand-new mastermind group called Meeting of the Minds...started by an ambitious 22-year-old. I had been flown out to stay at this church and pull off the very first mastermind where we hoped to convert some of the 30 or so successful people in the room into paying members.
On Day One, our very first guest speaker was Benjamin J. Hardy, who had driven hours from Florida just to speak at our event. He had already made a name for himself as the #1 writer on Medium (mostly in the areas of personal development and entrepreneurship) for 2016, and was then making $10K+ a month just from his email list which he was directing people to sign up for as a CTA on the bottom of every single one of his Medium articles. After one of his first articles went extremely viral, he started adding 5000 new people to his email list every month!
The money he made came from a small $27 daily journaling course he'd put together to help people become better writers, and that he offered to every person who signed up for his email list. At the time, he'd just secured a 1/4 million dollar book deal, and was still working on completing his PhD in organizational psychology. That book, "Willpower Doesn't Work" would be released a few months later.

Now we all know the money is in the list, so it's not hard to understand how becoming the #1 Medium writer could lead to a 6 and then 7-figure business, book deals, getting published in Forbes, Entrepreneur, and Thrive Global, and many high-profile speaking engagements.
I took mad notes while Ben was talking, and what he shared is still highly relevant for finding success on Medium today. After hearing him speak, I was fired up and started building up my Medium profile and quickly gained 1.7K followers and even had an article of my own go semi-viral (it's still making me money and getting shared at least).
Now I have to confess, that although I did get some success on Medium, I wasn't consistent with how often I posted. Sometimes I'd post a few times a week, other times only once a month. But since I had joined the Medium Partner Program, I still made money.

GOOD NEWS FOR OTHER ASPIRING MEDIUM WRITERS...they just changed up how they calculate your earnings per article (it's now based on read time rather than "claps") and people are earning double what they were before.
There's no better time than RIGHT NOW to commit to publishing daily on Medium, grow your following, and join the Medium Partner Program. I'll show you EXACTLY how to do that successfully in this 30-Day Challenge.

Here's What You Get:

ONE TIME OFFER - $17: Get my Writing Apps toolkit Swipe File--a collection of all the best apps I use to perfect my own writing, with an explanation of how to use them!

In my FREE Facebook Group, Killer Copy That Converts, I help you dial in your messaging, write compelling sales copy that converts, and drive traffic to and monetize your funnels through great Sales Copy and Offer Creation.

Grow your personal brand and attract your dream customers while also growing a tribe of fans who know, like and trust you!

All orders are through a very secure network. Your credit card information is never stored in any way. We respect your privacy...

The Copy Cipher - All Rights Reserved - Terms Of Service